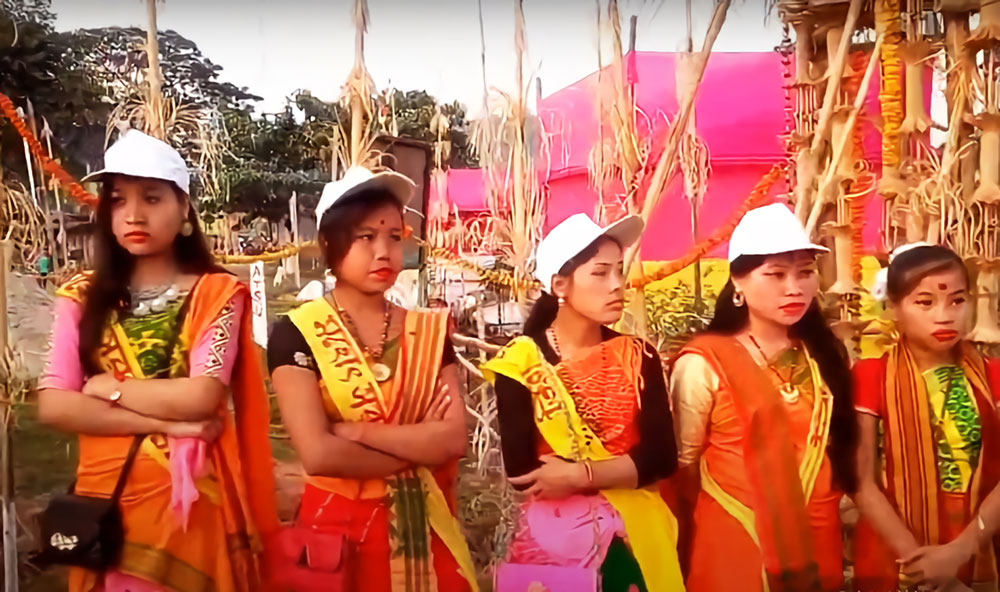 Wanshuwa is a folk festival of the indigenous Tiwa community of Assam and Meghalaya. They primarily dwell in the two hamlets of Marjong and Amkha in Karbi Anglong District of Assam.

This festival is also known as Wanshuwa Kham.

This important socio-religious event is organised after every five years.

Primarily, Wanshuwa commences on a Tuesday and concludes on a Thursday. This festival is organised between June and August.

The function of Wanshuwa is performed in the Shangdoloi’s (village bachelor dormitory chief) residence. It is scheduled on Wednesday.

The socio-agricultural rites are performed in the official house of the Shangdoloi – the chief of the boys’ dormitory (meant for only the bachelors) in each village. 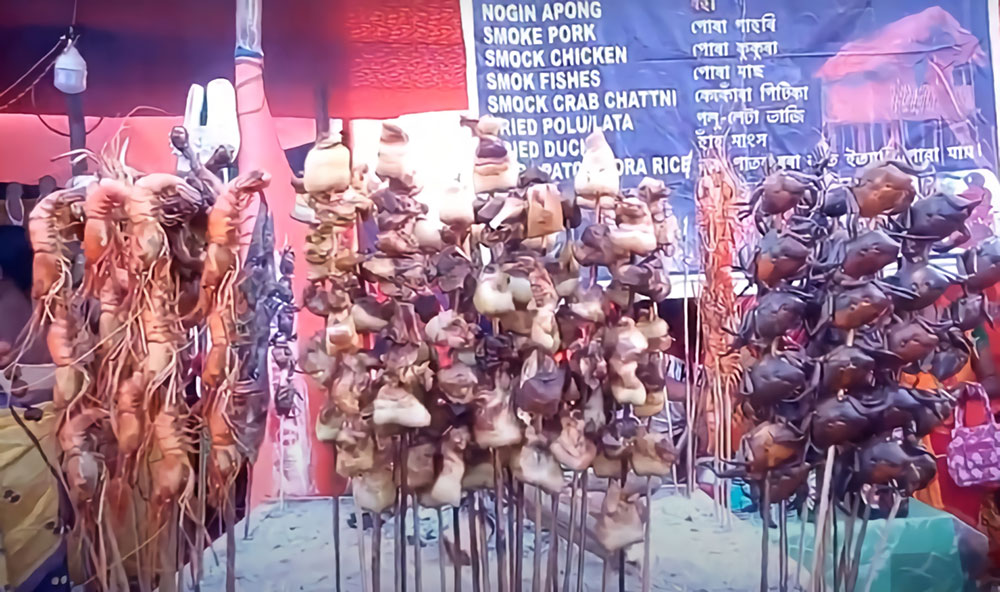 When the dance is completed, they mix the flour (prepared after the wet rice is grounded) with a small amount of water.

A portion if the rice flour is mixed with water. Then, the sacred concoction (wankuri) is sprinkled on the gathering.

The remaining portion of the flour is distributed among villagers who prepare steamed rice cake – wanrusa – during the night.

The following morning they bring the wanrusas to the Shangdoloi’s house. These rice pan cakes are offered to their deities – Maldewa Raja and Sodonga Raja.

The Wanshuwa festival of the Tiwas conclude by late Tuesday evening.