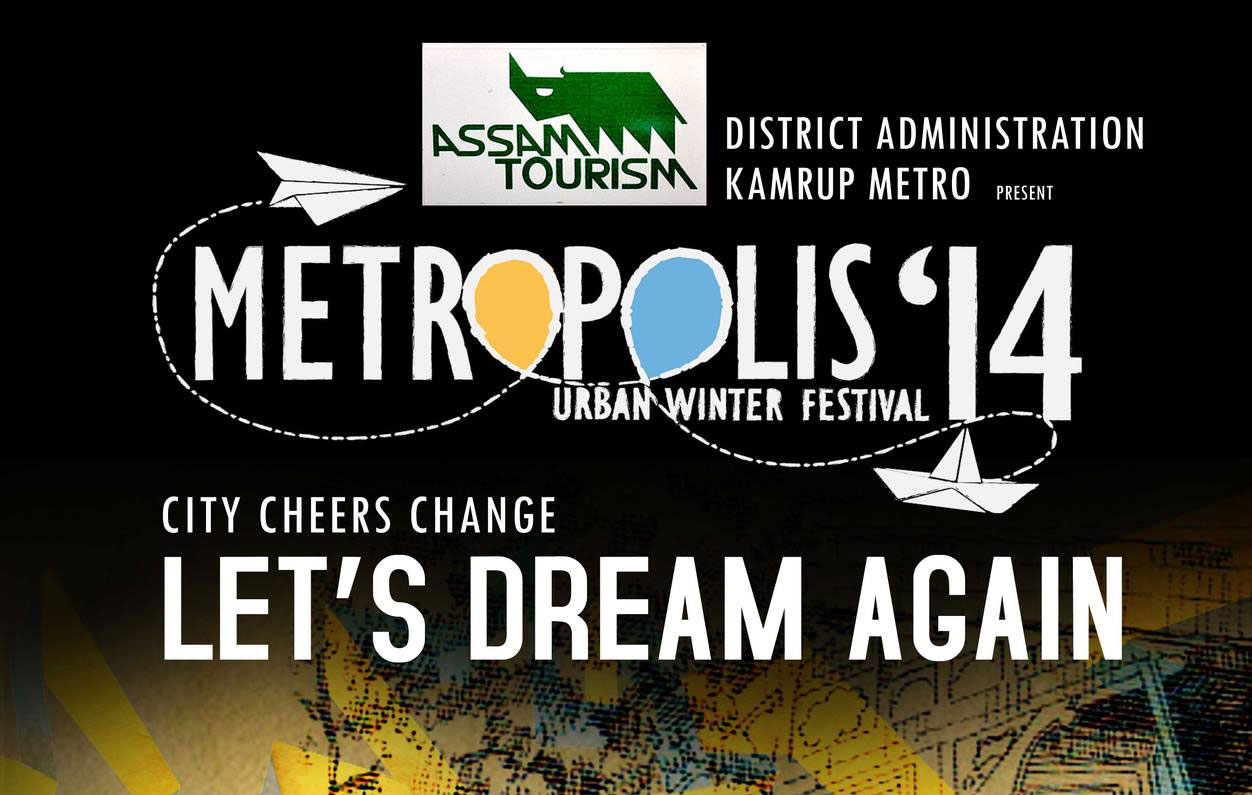 The urban cultural mega event of ‘Metropolis Asia’ is annual.
The annually organized music, craft and arts festival held in the month of January.
This festival is usually held for three days.

The founder of this festival is noted artist Ranjan Engti.

The roots of this festival can be traced to 2011.

The venue of ‘Metropolis Asia’ is generally the gateway to North East India and the metropolitan having the capital of Assam – Guwahati. However at times, the venue is shifted as it happened in 2018.

It was then decided to hold the three-day highly popular socio-cultural musical festival in Shillong – capital of the ‘Scotland of East’ – the scenic land. Shillong is situated in the north-eastern State of Meghalaya.

The prime objective of this festival is to create massive attitudinal changes among mankind especially those dwelling in the metropolises.

Conscious attempts are made in this direction via cultural shows that are quite popular among the youth of the north-eastern region of India. This aspect is equally highlighted in the fairs and campaigns besides various other attractive events organized throughout the three days of the festival.

This festival endeavors to achieve four major goals besides several other objectives.
Each edition of ‘Metropolis Asia’ comes up with new targets.

The four prime goals are as follows:

1. Environment and climate change
2. Exploration of greener processes
3. Initiation of attitudinal changes among mankind
4. Creation of hype for sustainability

This festival concentrates on creating awareness of environmental conservation.
The event further explores various burning issues connected with the change of climate.

The organizers of this festival underline the absolute need to adopt ‘Greener Strategies‘. This is more so the case in the production processes of the globally acclaimed festival.

Another major objective during this festival is to generate attitudinal changes among the masses.

This is attempted by engaging the participants as well as the gathering masses in various initiatives that are ‘GREEN’.

Specific models of ‘Greener Initiatives’ are highlighted during ‘Metropolis Asia’.