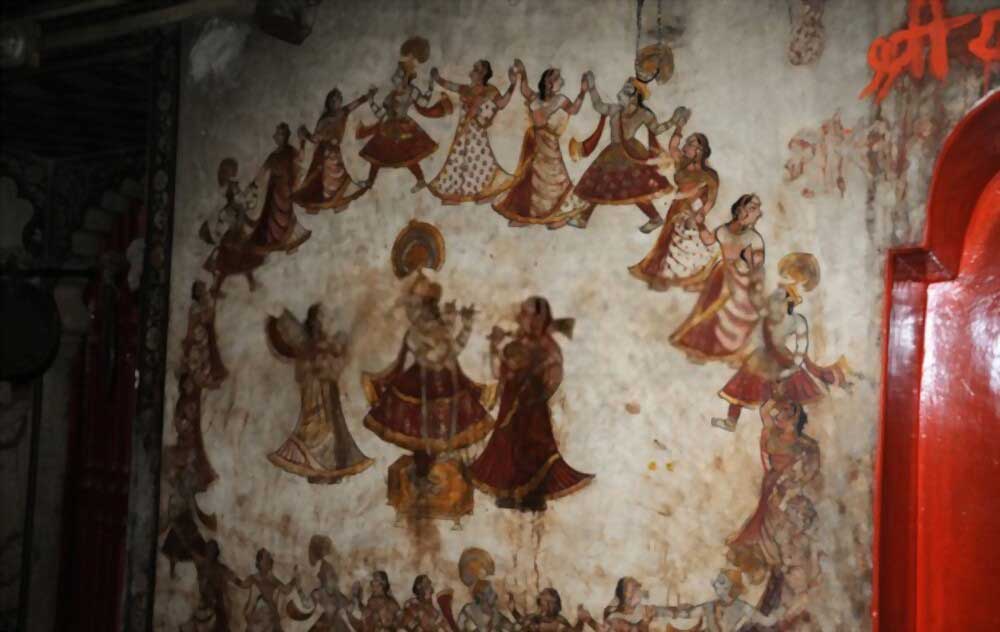 WHO IS LORD SRI KRISHNA:

Lord Sri Krishna is the eighth reincarnation or avatar of God Vishnu. Lord Vishnu is worshiped as a supreme deity in Hinduism.

WHEN WAS LORD SRI KRISHNA BORN:

Lord Sri Krishna was born The deity was born right at midnight on the eighth day of the ‘Bhadrapada’ month (also known as ‘Ashtami’).
This is determined according to the Hindu lunar calendar. The Hindus celebrated this holy occasion as ‘Janmashtami’.

WHERE WAS LORD SRI KRISHNA BORN:

According to Hindu belief, Lord Sri Krishna was born in a dungeon at the Gokul township at Vrindaban in Mathura. It is in present day Uttar Pradesh in India. Gokul is 9.3 miles (15 kilometres) south-east to Mathura. As per the ‘Bhagavata Purana’, Lord Sri Krishna spent his childhood in this Indian town of Gokul.

According to Hinduism, the birth of Lord Sri Krishna in Vrindaban near the present day Mathura (in northern India) at around 3,228 BCE) has a major significance. It marks the commencement of the ‘Kal yuga’ (the present age) and also the end (passing) of the ‘Dvapara’ age in Hinduism.

WHERE IS VRINDABAN LOCATED:

Vrindaban is located between Agra and Delhi. It is situated at around 10 kilometres from Mathura, the actual birthplace of the ancient Hindu deity, Lord Krishna.

The Sanskrit word “rasa” refers to ‘aesthetics’ , ’emotion, ‘juice’, ‘nectar’, or ‘sweet taste’. ‘Lila’ means the ‘sweet act’ (of Krishna). It is often freely rendered as “the dance of love”. ‘Lila’ can variously connote ‘dance’, ‘play’ or ‘act’. Roughly translated, ‘Raslila’ can be termed as the “Dance of Divine Love”. The concept of ‘Raslila’ is elaborately described in Hindu scriptures.

‘Raslila’ as a dance form has it’s roots in ancient Hindu literature like the Bhagavata Purana and scriptures such as the ‘Bhagavata Purana’. Raslila or the dance of ‘Ras’is also known as ‘Krishna Tandava’. Raslila is closely linked with Lord Sri Krishna.

The Raslila of Brindavan or ‘Natwari Nritya’ later evolved into the Kathak. Kathak is one of the eight principal forms of Indian classical dance. Similarly, the Manipuri classical dance also has connections with Raslila’. This rich classical dance form was revived by prominent Kathak dancer, in the 1960s. It is evolved from the ‘Raslila of Braj.

WHEN IS RASLILA PERFORMED:

Raslila is performed in a particular night. During this occasion in Vrindavana (on a full moon night), Lord Sri Krishna plays his musical instrument – the flute in a forest. On hearing the music of His flute, the Gopis sneak away from their homes and proceed to that forest. Then, they dance with Krishna throughout the night. Thereafter, Lord Sri Krishna used his supernatural powers to stretch that mythical night to the length of a ‘kalpa’.

According to the Hindu unit of time, a ‘kalpa’ lasts approximately 4.32 billion years.

In the traditions of Krishna ‘Bhakti’, the raslila is believed to be a splendidly beautiful depiction of soulful love. According to these traditions, in the material world, romantic love between mankind is a reflection of the soul’s original love of Lord Krishna. It is the spiritual ecstatic love of Lord Sri Krishna, God in the spiritual world.

According to the Bhagavata Purana, when any living being (particularly human beings) hears or describes the Rasa lila faithfully, she or he attains the pure loving devotion known as “Suddha-bhakti”.

There us a close connection between Raslila and ‘Sudhabhakti’. It is akin to a child willingly playing with its reflection in a mirror, just as Lord Sri Krishna sported with the Gopis. This is believed to be exactly the same as the many shadows of Lord Sri Krishna’s own form.