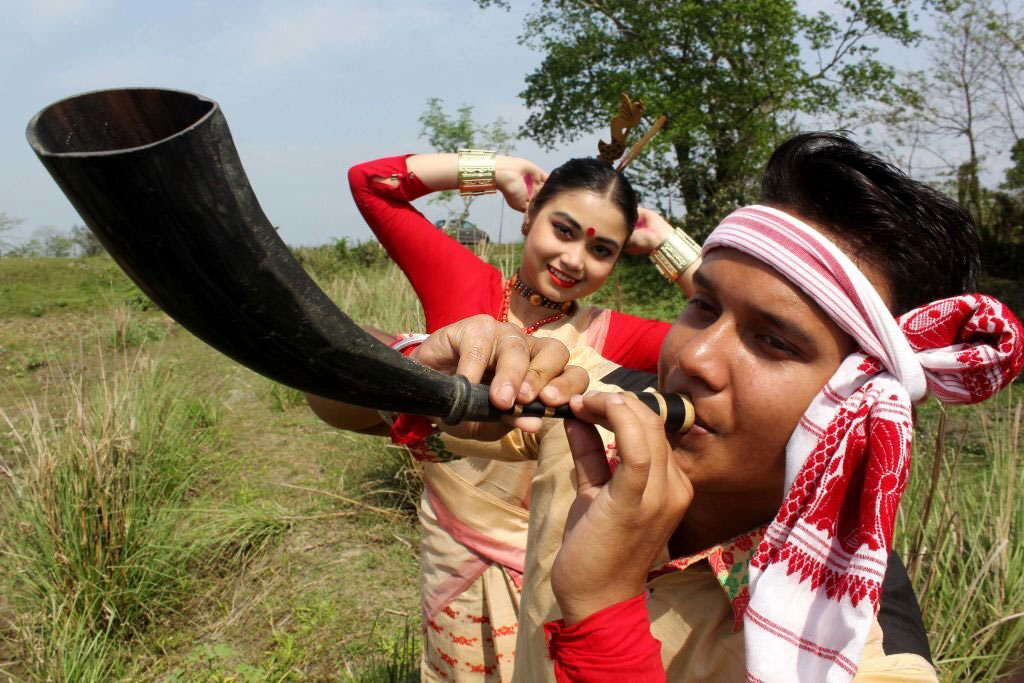 The Magh Bihu is an annual agrarian festival celebrated in Assam and several other northeastern states of India. Also known as ‘Bhogali’ Bihu, it marks the end of the season of harvesting.

Since this festival is observed in the Assamese lunar month of ‘Magh’, it is known as ‘Magh Bihu’. It is also called Bhogali Bihu’.

The term ‘Bhogali’ means to feast. This festival is known as ‘Maghar Domahi’ also.

This festival signifies the end of the harvesting season. The celebrations are held in January.
Magh Bihu celebrations commence on the last day of the previous ‘Pooh ‘ month. Hence, it generally falls on the 29th day of Pooh.

During this festival, the masses gather around bonfires, prepare various dishes and merry.

The roots of Magh Bihu can be traced to the Indo-Aryan and Tibeto-Burman cultures. It has been also traced to the agrarian Magan festival of the Kachari community.

Besides the feasts and bonfires, this festival has socio-cultural and religious connotations. Several rituals are also performed.

The youth prepare ‘Bhelaghar’ and ‘meji’ during this festival. These makeshift structures are constructed from bamboo, thatch, and leaves. Nowadays, the Bhelaghar is designed to reflect the popular and relevant themes, and issues of the day.

The youth dine and merry inside the Bhelaghar during ‘uruka ‘ – the night before Magh Bihu.

These structures are burnt the next morning.

These pyres are a traditional practice to offer prayer to ‘Agni’ (Fire God) and ‘Surya ‘ (Sun God).
The womenfolk offer pithas and various delicacies prepared from beaten Bora rice, seasame, and molasses at the bonfire as a mark of reverence to ‘Agni ‘.

The day preceding uruka is known as ‘Goru Bihu. On this day, the cattle are bathed. Then, they are provided new ‘pagha’ (teathering rope).

During Magh Bihu, various traditional games are held. Mention may be made of bullfighting, and egg breaking among others.