Gamosa a colourful ‘japi’ symbol of the indigenous Assamese people 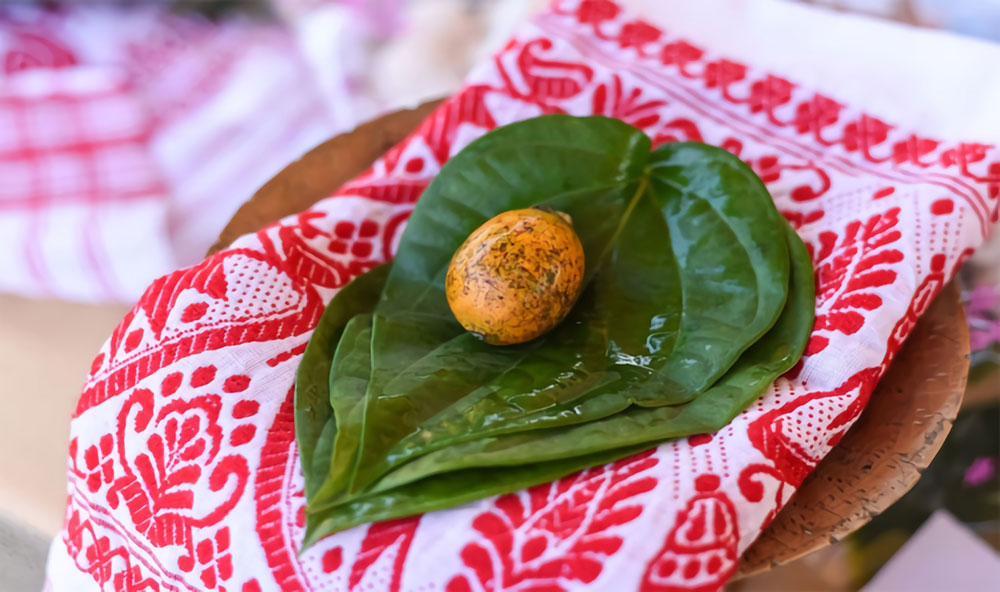 The ‘Gamosa’ (also called ‘Gamusa’) along with the colourful ‘japi’ is one of the symbols of the indigenous Assamese people of Assam.

Assam is one of the eight north-eastern of the Indian States of India.

The Assamese term ‘gamosa’ has been derived from two words – ‘ga’ connoting body; and ‘musa’ refers ‘to wipe’.

Hence when translated, ‘gamosa’ means ‘something to wipe the body with’.

Nevertheless, it would be a misnomer and quite misleading to call ‘gamosa’ as a towel.

However, the Assamese term ‘Gamusa’ originated from the Tai people.

It has been also traced to other people in South-East and East Asia. The people of these nations also ‘Gamusa’, that is almost similar to the ‘Gamosa’.

The general shape of it is rectangular piece of cloth and is usually white in colour.

Three borders of the ‘gamosa’ are red in colour.

On the other hand, the fourth side is woven with red motifs (besides the already present red background.

Of course, various other colours are also used.

The most commonly used material used to weave or make is cotton yarn.

But for special occasions, the weavers also make it using ‘Pat’ silk.

In fact, it is now the longest hand-woven piece of cloth in the world.

Significantly, world history was etched when a 1,455.3 meter long ‘Gamosa’ was displayed in Delhi. 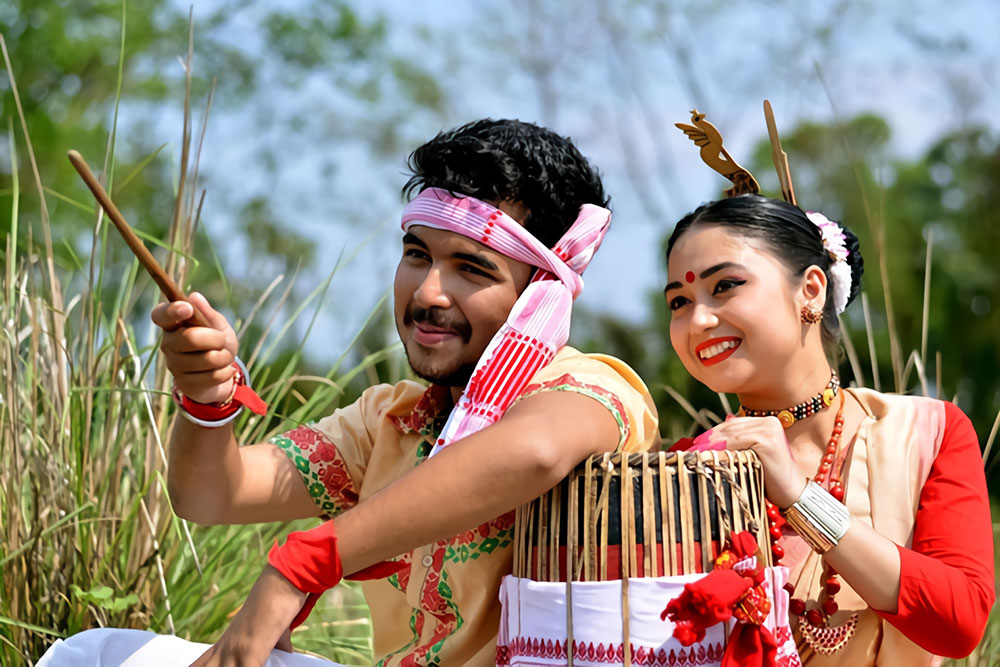 The ‘gamosa’ is used on a number of occasions. These are listed below.

This article is commonly mentioned as the ‘bihuwaan’. This is particularly so during the time of Bihu. Hence, the ‘gamosa’ very much represents the indigenous culture and life of the Assamese people. 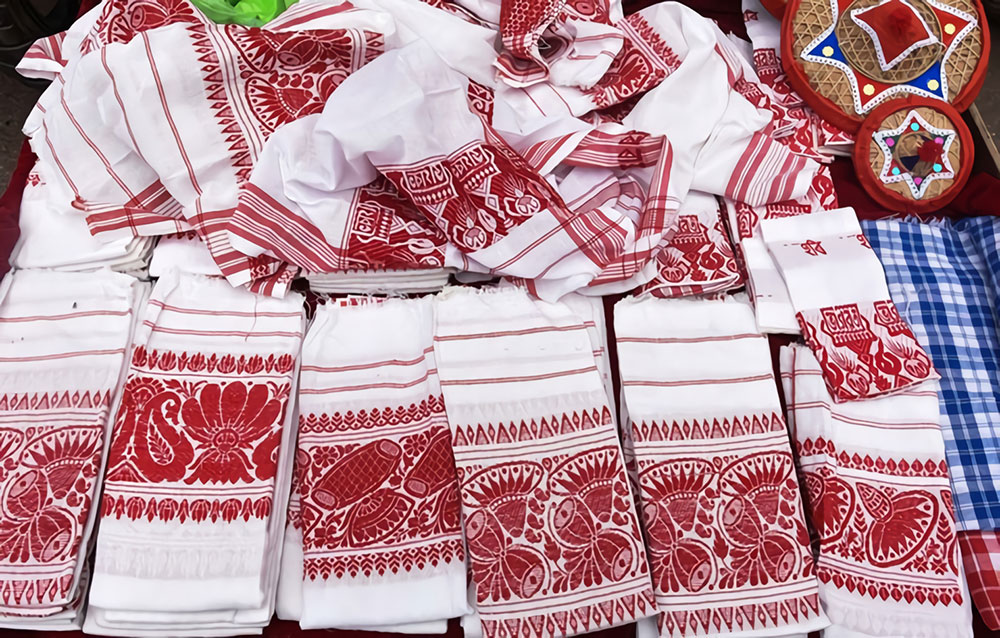 All the Assamese people, irrespective of their ethnic and religious backgrounds, equally use ‘gamosa’.

It is an exquisitely woven and beautifully designed symbolic piece of cloth.

It has eye catching graphic designs.

It is used by the various ethno-cultural, cultural groups, and sub-systems as well.

Many other traditionally symbolic morifs and designs, now extant among others only in art, literature, architecture, and sculpture besides used specifically for religious purposes (in particular occasions only).

The Assamese weavers give typically traditional designs to it. These include the Tai Ahom insigna of ‘flying dragon, Assamese-lion, and flying-lion among others.

These symbols woven on it are used for various occasions and purposes.

In November 2019, a ‘gamosa’ was published in a geographical indication journal. But it had not received the geographical Indication tag till then.