Rongker Festival of the Karbis of Meghalaya and Assam 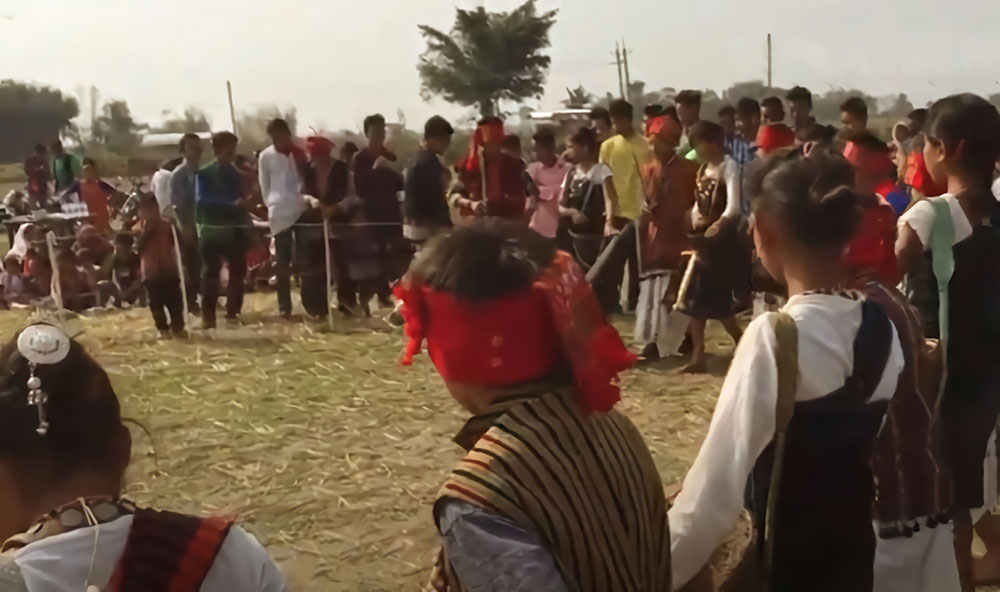 Rongker Festival is observed by the Karbis of Meghalaya and Assam in India.

‘Rongker’ is also known as ‘Dehal’ in Ri-Bhoi District of Meghalaya and Kamrup Metropolitan District (‘Dumra Longri’ in Karbi language) in Assam. 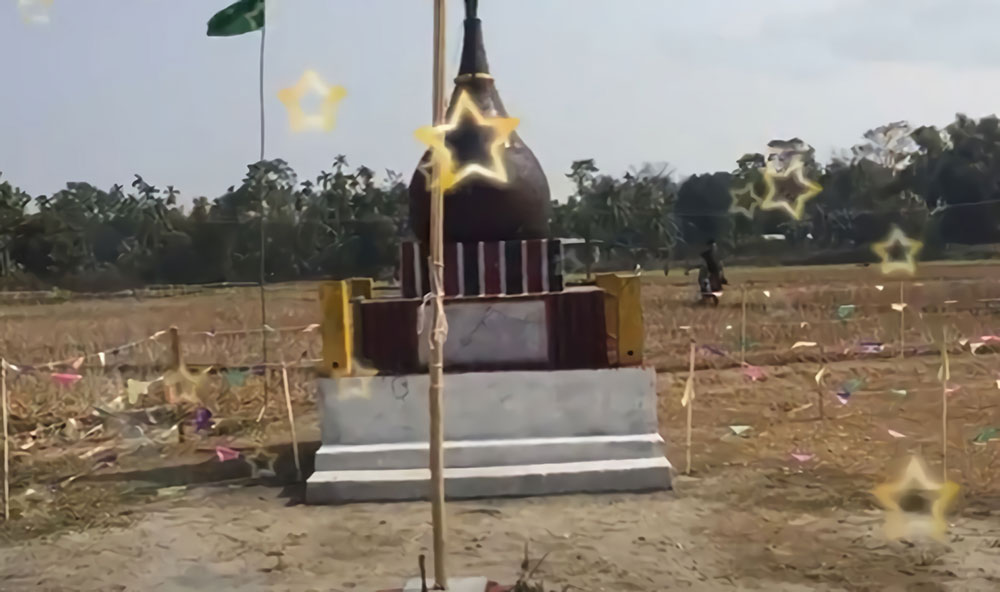 The Rongker celebration is held for three days.

The set-up of the Rongker prayer site is prepared with utmost respect and attention to details.

At the Rongker prayer site, the Karbis set up ten earthen altars.
Each of these 10 earthen shrines is dedicated to the 10 of the 12 deities of the Karbis.

DIRECTION OF THE TEN EARTHEN ALTARS

These 10 earthen altars are installed on the eastern side of the site where Rongker is to be observed.

CONSTRUCTION OF THE ALTARS

The altars of Rongker are constructed in a row. They are placed heading the south-north direction. The 10 earthen altars are christened after the deities.

SHAPE OF THE ALTARS

The 10 earthen altars are shaped in such a way so that the respective deities are able to rest comfortably there.

WHY ONLY 10 EARTHEN ALTARS

There is a reason as to why only 10 earthen altars are constructed whereas in the Karbi pantheon of deities there are 12 deities.

This reason is that the Karbis deem the two deities – Hemphu, and Rasinja – as siblings (brother and sister).

On the other hand, the deity – Mukrang – is the husband of Rasinja. Therefore, the sibling deities Hemphu, and Rasinja as well as the deity Mukrang share a common shrine. 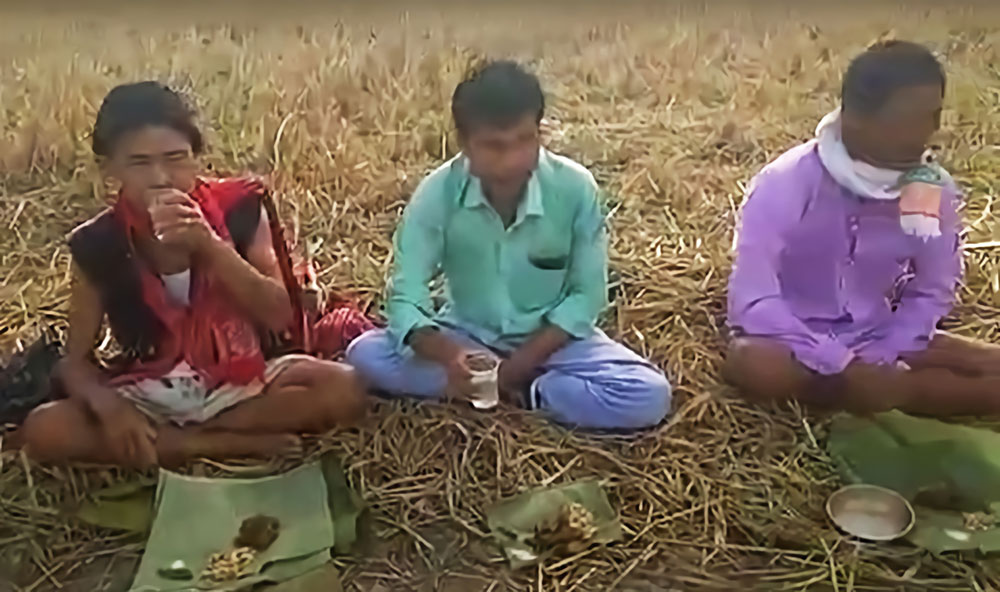 For observing Rongker Festival, the Karbi priests choose 10 gourds with tapering mouths. The 10 gourds are filled with the first-made rice beer. Then the rice beer- filled gourds are placed on the Rongker altars. Each rice beer-filled gourd is offered in the name of the respective gods.

Mentionably, nothing else except the gourd (full of rice beer), is placed on the altars.

However, branches and leaves of particular plants and a tree are utilised while constructing the altars of Rongker deities.

For instance, bamboo are placed on the altar of Ningding Sarpo. Similarly, the Karbi priests erect a few bamboo sticks and also place some branches of Basil on the altar dedicated to the deity, Murti.

On the altar of Arlok, the Karbi priests place a branch of Fongrong (a locally available tree who’s branches are deemed holy).

The Karbi priests observe various rituals while observing the Rongker celebrations in the four parts of ‘Sadi’, ‘Karkli’, ‘Kurusar, and Rongphu-Rongling-Kangthin.

In the ‘Sadi’ process, the Karbi priests invoke all the 12 deities.

While performing the ‘Karkli’ process of Ronger celebrations, the Karbi priests worship the Karbi deities in two methods.

These two worshiping methods are known as ‘Kibo-kaba’ and ‘Koi-abida’.

Mentionably, the entire man folk of a Karbi village participate during these ‘Karkli’ celebration during Rongker.

It is the duty of all males of each Karbi hamlet to bring all the required items to the site where the Rongker generations are to be held.

The male folk of the Karbi villages gather at the predetermined site of Rongker festivities in the morning. Then, each of them deposit the articles with the appointed person at the Rongker site.

The ‘Kurusar’ is the main priest of the Karbis.

Hence during the Rongker festivities, the principal task is performed by the main Karbi priest.

Of course, the ‘Kurusar is assisted by a number of other specialists adept in the Karbi religious rite and rituals.

During the Rongker festivities, the ‘Kurusar’ plays a very prominent role.

Besides the ‘Kurusar’, the other specialists of Karbi religion are the Gaon Burah (village headman), the group known as ‘Thek-kere’ (elderly villagers who are versed in the processes of worshipping the Karbi deities), the youth leader, and an official of the Karbi Kingdom.

Notably, it is not necessary that one must take bath before performing the Rongker rituals.

However, each person must be purified. This is done in a special manner.

The Karbis are a patrilineal society. They are composed of five major clans or Kur. They are Engti (Lijang), Terang (Hanjang), Enghee (Ejang), Teron (Kronjang), and Timung. The five clans have a number of sub-clans.

During the Rongker celebrations, the Karbi community offers sacrifices to their deities.

The Karbis offer sacrifices on each of the three nights of Rongker. These are elaborated.

The Karbi deity, Bamun, is vegetarian. Hence, no sacrifice is offered to Bamun during Rongker.
Except Bamun, sacrifices are offered to all the other deities during the Rongker celebrations.

After the sacrifices are offered to the deities during Rongker, the religious specialists (thek-kere) predicts the future of the villagers.

They do this by looking at the intestines and hearts of the animals that were sacrificed.
Once the Rongker rituals are over, the villagers have a feast.

THE SECOND NIGHT OF RONGKER:

On the second night of Rongker, a ritual known as ‘Ajo-Rongker’ or ‘Rongphu-Rongling-Kangthin’ is performed.
Dancing takes place to chase the evil spirits for all sides of the village. Then, an altar is constructed. It is made at the last portion of the village road.

Finally, they sacrifice a chicken at the altar. This sacrifice is made in the name of ‘Ajo-Angtarpi’.

THE THIRD NIGHT OF RONGKER: 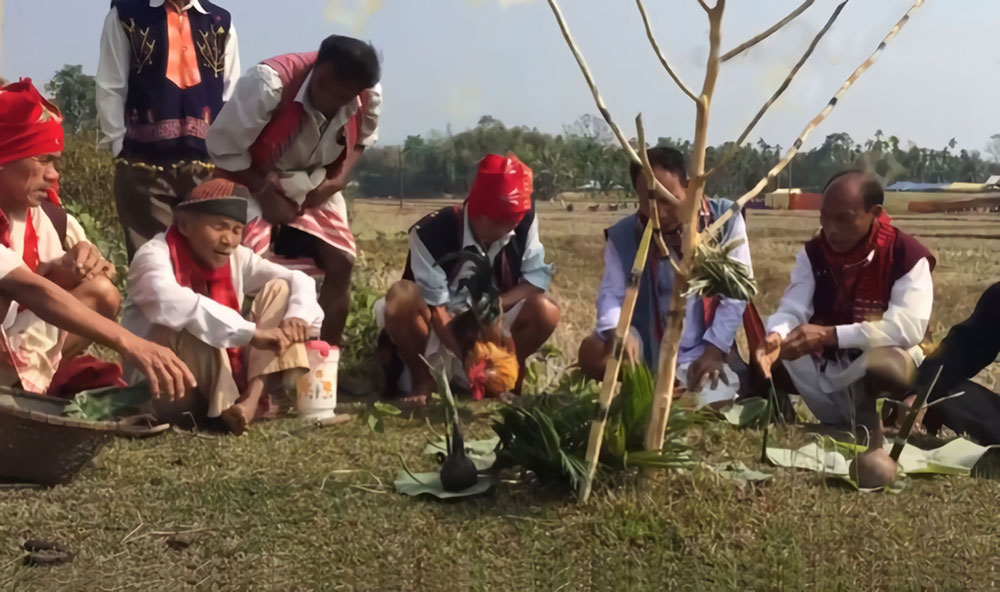 On the concluding and third night of Rongker Festival, the Karbis sacrifice a cock to the tiger deity – ‘Arnam-teke’.
This is performed on an altar that was constructed earlier beside a ghat.
The sacrifice is made seeking protection from the deity against tigers that may attack the village.