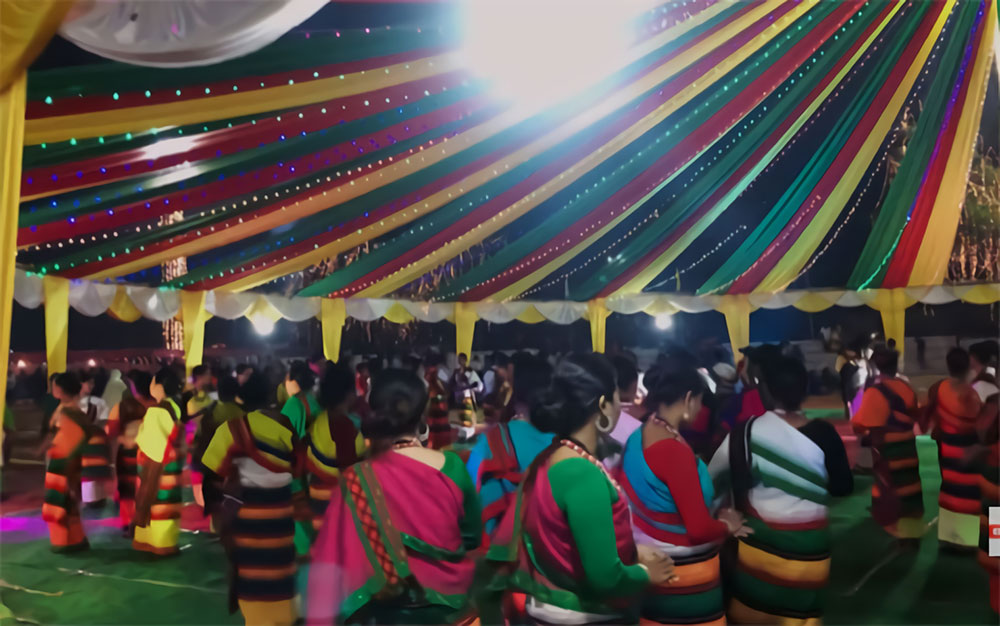 The Busu Dima Festival is the annual cultural festival of the Dimasa Kachari community of the northeastern state of Assam in India.

The Busu Dima has many other nomenclatures. It is variously known as Bushu, Bishu, and Bushow.

The Busu Dima is the largest festival of the Dimasa Kachari tribe. It is an agricultural fest observed during the post-harvest period. All the Kachari hamlets celebrate Busu Dima which also attracts large number of tourists.

The festivity is an integral part of culture and society of the Dimasas.

The Busu Dima dance festival incorporates singing. It is accompanied by the rhythmic beat of drums known in the Dimasa language as ‘Kharam’, and the wooden bugle (Muri).

The Busu Dance festival continues during the first to third days.

The Dimasa youth (girls and boys) congregate at the venue. They don their participate in the event. The festival continues the entire night during the fest period.

The term ‘Dimasa’ etymologically means “Son of the big river”. The Dima Kachari word ‘Dima’ means river, while ‘sa’ connotes son). The river is the mighty Brahmaputra (which means the son of Lord Brahma – the Hindu deity who is believed to be the creator of the universe.